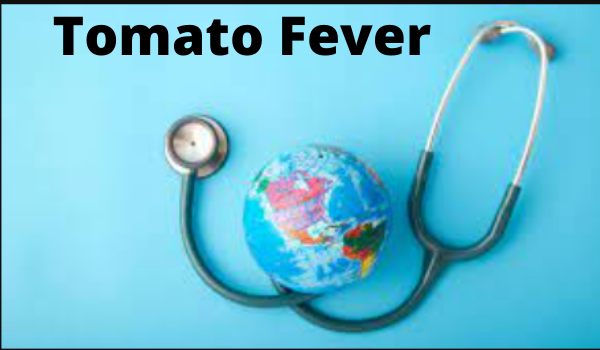 The outbreak of a new virus in Kerala comes only days after a young girl lost her life after eating a shawarma wrap from an eatery outlet in Kasaragod, Kerala, after contracting a bacterium known as Shigella. According to reports in the local media, Kerala has already recorded 82 instances of ‘Tomato Flu’ or ‘Tomato Fever,’ with the number predicted to climb. The exact cause of the sickness is still a mystery.

Tomato fever is an unexplained virus mainly seen in the Indian state of Kerala. Furthermore, it is unknown if the condition is caused by a viral fever or is a side effect of chikungunya or dengue virus infection.

The Tomato Fever has had the most significant impact on the cities of Kollam, Neduvathur, Anchal, and Aryankavu, which are all located in Kerala. As a preventative step, Anganwadi facilities have been shuttered, and officials have initiated awareness campaigns in small areas to raise awareness.

The Kerala Health Department is actively watching the situation since the ailment affects children under the age of five, which means it is a public health emergency. The city of Kollam was home to all 82 instances of Tomato Fever that were documented. What is especially concerning is that all of the confirmed cases have involved children under the age of five, all of which have been reported by public health departments.

Tomato illness is characterized by rashes that are practically the size of tomatoes, skin irritation, and evidence of dehydration on the tongue of a youngster affected with the condition. A small number of patients have reported that the worms had also emerged from the boils.

Most of the time, an infected youngster will develop rashes, skin irritation, and dehydration. Blisters appear in various places of the body as a result of this.

Although just a tiny portion of Kollam is affected by this strain of flu, state health experts have warned that it might also spread to other areas.

1. If you see any of these signs in your child’s body, you should take him to a doctor right away.

2. It is recommended that children who have been afflicted with this specific ailment drink plenty of fluids to keep their bodies hydrated.

3. The skin on the face and neck should not be scraped or rubbed.

4. Because it is a contagious condition, people should keep a safe distance between themselves and the affected individual.

5. Keeping the patient and those around him clean is very important for their health and well-being.

6. It is essential to get enough rest throughout and after the healing period.

Tomato Fever When to see a doctor?

The ideal time to consult a doctor before traveling to a developing country is before you leave home to verify that you’ve obtained any necessary vaccinations and pre-travel guidance for remaining healthy while traveling there.

Immediately see a doctor if you have any of the above signs and symptoms after returning home. Preferably, consult a doctor who specializes in foreign medicine or infectious illnesses. It would help if you told your doctor about your travels.

It is especially prevalent in children in childcare settings because of the frequent diaper changes and toilet training and the fact that little children often put their hands in their mouths.

Even though your kid is most infectious with hand, foot, and mouth disease during the first seven days of the illness, the virus may persist in their body for many weeks after the signs and symptoms have subsided. It signifies that your youngster is still capable of infecting others.

Some persons, particularly adults, can transmit the virus without displaying any signs or symptoms of the illness themselves. In the United States and other temperate regions, disease outbreaks are more likely in the summer and fall months than any additional time of year. In tropical settings, seizures may occur at any time of year.