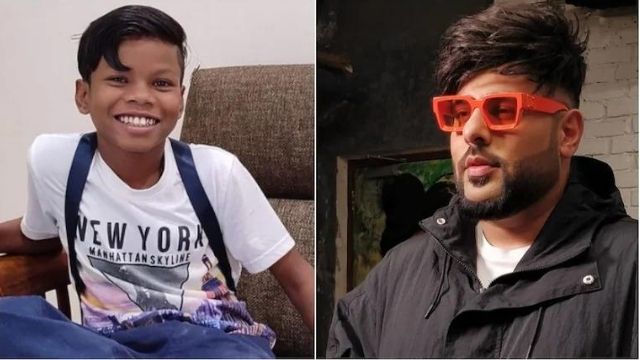 Internet sensation Sahdev Dirdo has recently met with an accident, the boy lastestly seen in a music video with singer Badshah. Sahdev had become an internet sensation after his song “Bachpan Ka Pyar”, after his accident Badshah has given updates of his health condition through the social media, be with the article till the end and know all about Bachpan ka Pyar boy “Sahdev Dirdo” accident.

As I mentioned above Sahdev Dirdo (10 years old), the vocalist behind the most famous and most listened song Bachpan Pyar has met with an accident in the Sukma district of Chhattisgarh after that he was hospitalized and his treatment is undergoing.

Actually, Sahdev Dirdo was traveling with his father to the home when the incident happened. Sahdev Dirdo has suffered a serious head injury, he has fallen off from the Bike and got injured, after knowing about the accident of “Sahdev Dirdo”, Badshah has tweeted “In touch with Sahdev’s family and friends. He is unconscious, on his way to hospital. I’m there for him. Need your prayers.”

After the accident he was admitted to Sukma District Hospital for first aid and then he shifted to Jagdalpur’s Medical College for further treatments. Sukma district collector “Vineet Bandanwar” and Superintendent of Police “Sunil Sharma” have also visited the hospital to know his medical conditions.

Sukma’s Superintendent of Police “Sunil Sharma” said that the accident took place around 06:30 PM, he also mentioned that Sahdev Dirdo had not a helmet and otherside who was riding had minor injuries.

Sahdev Dirdo video song Bachpan Ka Pyar has gone viral throughout the nation, after getting viral he has received much love and attention from netizens. The rapper Badshah even made a new version of his song “Bachpan Ka Pyar”.

Firstly he sang this video in his classroom then it went viral, the video song has received a great love and support.

What is the name of the boy who met with an accident?

Sahdev Dirdo is the name of the boy who met with an accident.

Where did the boy meet with an accident?

The boy met with an accident in the Sukma district of Chhattisgarh.